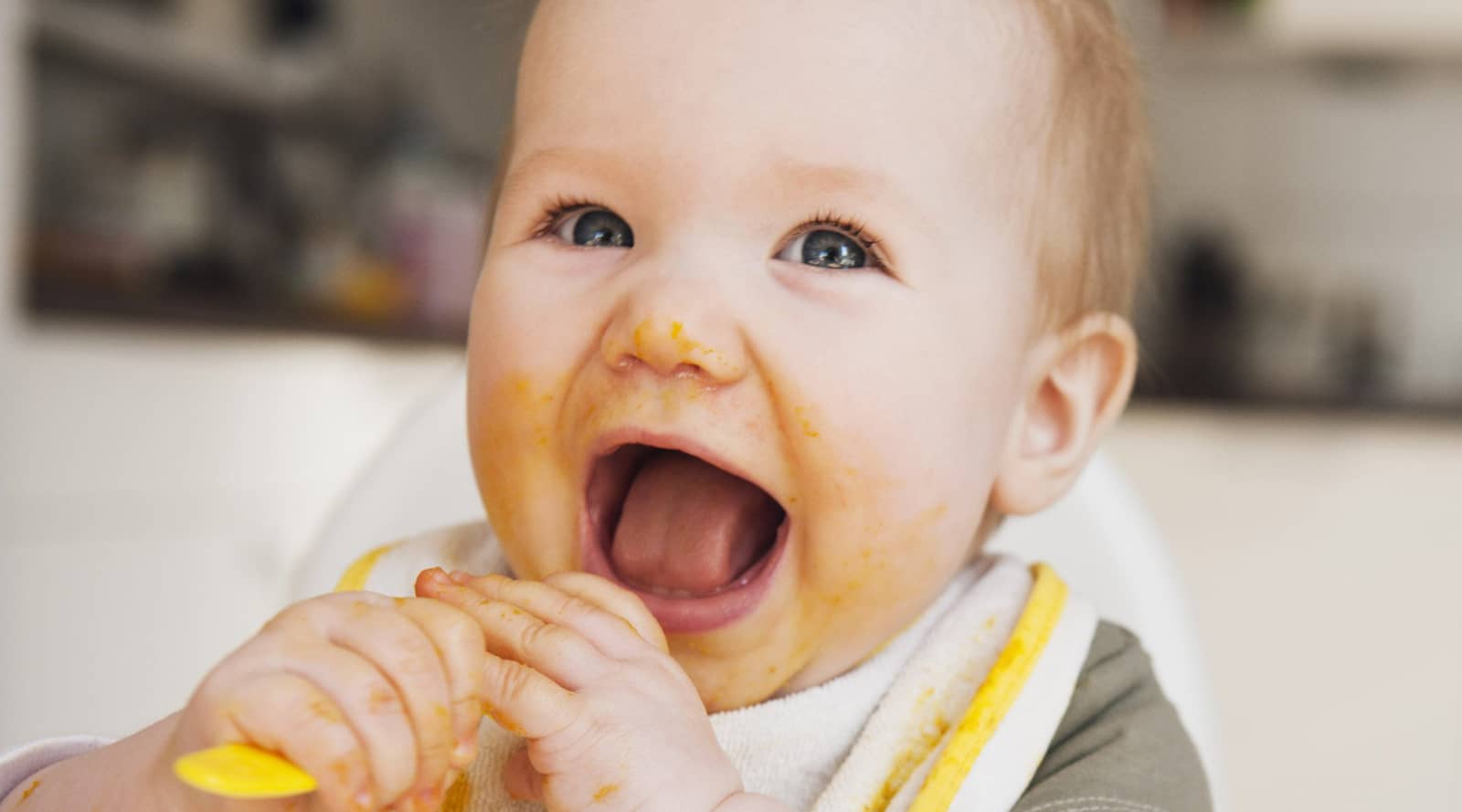 The importance of Iron for babies

At six months your baby needs more than three times the iron that an adult does, in proportion to their body size

Your baby grows most rapidly in the first six months of their life and at the six-month mark, your baby’s natural iron stores start to deplete. When born, about 75% of your little one’s iron is in their blood and about 25% is stored. As your baby grows the iron in this store is used up. This happens because your baby doubles in size from birth to six months and the brain grows rapidly. Up until six months, baby will have been getting most of their nutrition through your breast milk or formula. After six months iron is crucial as part of their weaning diet.

What you need to know about iron

What is iron? And why is it so important?

The mineral iron is vital for your baby’s cognitive development. Perception, thought, memory, language and physical coordination are all evolving quickly in the first few months of life and need plenty of iron for support.

Iron in your baby’s weaning diet

Iron comes in two forms: from meat and fish, which is easily absorbed; and from plant foods, which is less easy to absorb. If you’re giving your child a vegetarian or vegan diet, they can get iron from many other foods like beans and pulses or milk and cereals fortified with iron. Lots of weaning foods are fortified with iron for this reason, check out the packaging for details.

A third of UK babies aren’t getting enough iron

The risk of babies not getting enough iron is most crucial between six and twelve months. Their iron stores are starting to run out, indeed research shows that almost one third of babies in this age range don’t meet the recommended iron intake.* According to the NHS if babies don’t get enough iron between six and twelve months they could be at risk of iron deficiency anaemia. So it’s really important to keep checking how much iron is in your little one’s diet.

So, what are the best sources of iron for babies?

Vitamin C is known to help with iron absorption so you can include it with iron-rich foods in your baby’s weaning diet, especially if they’re not eating meat. Here are some good sources of vitamin C:

Contains vitamin D and calcium to support the normal growth and development of bones. Omega 3 & 6† and iodine to help support normal growth. 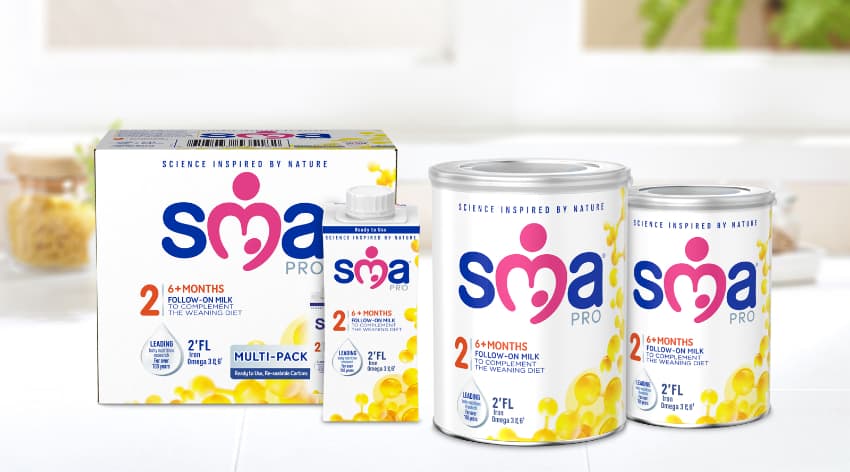 ***Dietary surveys have been conducted to assess the quality of infants and young children's diets. In 2011 over 2000 infants and young children aged 4-18 months in the UK were surveyed and parents asked to record all foods and drinks given over a 4 day period.
**based on 500 ml SMA® PRO Follow-on Milk powder formulation per day.
†The beneficial effect of essential fatty acids is obtained with a daily intake of 10 g of Linoleic acid and 2 g of a-linolenic acid.

IMPORTANT NOTICE: The best way to feed a baby is to breastfeed, as breast milk provides the ideal balanced diet and protection against illness for your baby and also many non-nutritional benefits for both baby and mother. We recommend that you speak to your healthcare professional when deciding on your choice of feeding your baby. Professional guidance should also be sought on the preparation for and maintenance of breastfeeding. If you do choose to breastfeed, it's important to eat a healthy, balanced diet. Infant formula is intended to replace breast milk when mothers choose not to breastfeed or if for some reason they are unable to do so. A decision not to breastfeed, or to introduce partial bottle-feeding, will reduce the supply of breast milk. If for any reason you choose not to breastfeed, do remember that such a decision can be difficult to reverse. Using infant formula also has social and financial implications which must be considered. Infant formula should always be prepared, used and stored as instructed on the label, in order to avoid risks to a baby’s health. SMA® PRO Follow-on Milk is only suitable for babies over 6 months as part of a mixed diet. It should not be used as a substitute for breast milk during the first 6 months. The decision to start weaning or to use this product before 6 months, should be made only on the advice of a doctor, midwife, health visitor, public health nurse, dietitian or pharmacist, based on baby’s individual needs.

Ready to feed formula for on-the-go

next Next article
In Baby

World Health Organisation (WHO) recommends exclusive breastfeeding for the first 6 months of life. SMA® Nutrition fully supports this and continued breastfeeding, along with the introduction of complementary foods as advised by your healthcare professional.

If you continue you will be accepting that SMA® Nutrition is supplying this information at your individual request and for educational purposes only.